10. The Puppetmaster–The Puppetmaster was one of the Fantastic Four’s earliest villains. He made puppets of people that worked similar to voodoo dolls. He even made a voodoo doll of his own daughter, if I recall. Creepy guy.

8. The Juggernaut–The Juggernaut is actually Professor Xavier’s adoptive stepbrother. He hated how his father practically fawned over Charles and that hatred festered inside him until he discovered the perfect vehicle for his hatred–the helmet he wears that gives him superhuman strength and invulnerability. But it’s also his weak spot. 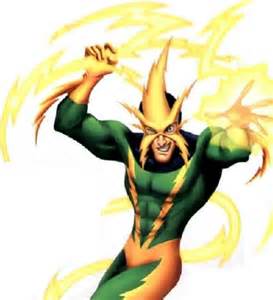 7. Electro–One of Spider-man’s main villains, he is a living electric current. He can even walk up walls, just like Spider-man, by using static electricity. In fact, when he first appeared, he used this power to frame Spider-man. 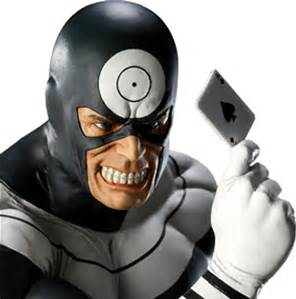 6. Bullseye– One of Daredevil’s main villains, and Kingpin’s most loyal mercenary. He is a cold-blooded ruthless killer who only cares about the money. I so want him to be in the TV series on Netflix, and I hope they include him since they’re planning on including Elektra. If you put Elektra in Daredevil, you should include Bullseye too.

5. Dr. Octopus–Spider-man’s most well-known adversary. He’s the perfect villain for Spider-man. He is meticulous, relentless, and driven by his pursuit of science. Plus, who doesn’t like a mad scientist? They always make great villains. 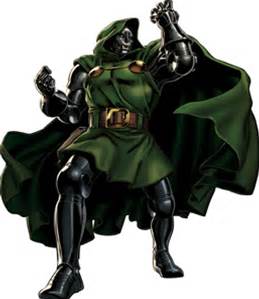 4. Dr. Doom–You were probably expecting me to have this guy listed, since I said I like The Thing. Dr. Doom is so tied to the Fantastic Four’s origins, that I might as well like him. He is the perfect foil for Reed Richards, as his hatred and jealousy for him has twisted his morals so much, he doesn’t care who he hurts. He has a utopic vision that he will do anything to make a reality. He is to Marvel what Ra’s Al Ghul is to DC.

3. Venom–The Secret Wars miniseries was one of my favorite comics as a kid, and Venom was a result of that, although I didn’t know it at the time. I loved how they built up Venom in the comics. We originally had no idea that Spider-man’s new costume was actually a living, breathing organism. I love how he has such a good knowledge of Spider-man that he can actually out-think him and anticipate his attacks. This is why I was so disappointed in Spider-man 3. So much potential wasted!

2. Green Goblin–Okay, you’re probably wondering, “Which Green Goblin? Harry or Norman?” To be honest, I kind of like them both, but I lean towards Harry, mostly because he created android duplicates of Spider-man’s parents and used them to toy with Spider-man in his greatest plan ever. He broke Spider-man more than his father ever could, and I think in that brief moment, he actually surpassed his father, without even needing to kill someone as his dad did. 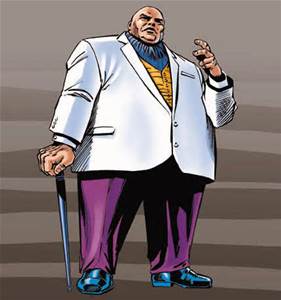 1. The Kingpin–The Kingpin practically rules over New York in the Marvel universe. Wilson Fisk only seems like an elite philanthropist, but in reality he is a criminal overlord who controls every gang in New York, whether they realize it or not. He was originally a Spider-man villain, but he became more tied to Daredevil, and I like it that way. Daredevil is a more street-level villain, so he needs someone more at his level. Kingpin is brutal, just watch the Netflix series for that scene where he straight up murders one of his thugs for embarrassing him while he was on a date. He kept beating the guy’s head with his car door. This is one man you do not want to get mad.