A few weeks ago, a rather reclusive man who was sort of a celebrity among evangelicals, especially anti-Catholic ones, died–Jack Chick. What? you never heard of him? Count yourself lucky.

Jack Chick was a comic strip artist who used his comics as a means to evangelize, or so he’d have you believe. In reality, he was spreading some of the most insane lies you ever heard. He though rock n roll–including Christian rock–was evil. He thought people who played Dungeons and Dragons were conducting séances and if their characters died in the game, the other players killed them.  I don’t know what he thought of Pokémon or Harry Potter, but I’m sure he made tracts about them too. These comics were distributed at Churches and Christian book stores for years. You can even purchase them on his website. (And no, I’m not going to provide a link.)

END_OF_DOCUMENT_TOKEN_TO_BE_REPLACED

“Every individual is made in the image of God, insofar as he or she is a rational and free creature capable of knowing God and loving him.”–Apostolic Letter Mulieris Dignitatem

This year marks the canonization of Pope John Paul II. He was born in Wadowice, Poland on May 18, 1920, and died in 2007. His birth name was Karol Jozef Wojtyla. He was my pope for most of my life. Like many of my generation, I remember his charisma and his presence in the media.

Karol was the youngest of three children. His mother died in 1929, when he turned 8.  His eldest sister, Olga, died before he was even born. He was closest to his older brother Edmund, despite their thirteen years difference.  Edmund died of scarlet fever, a loss that wounded Karol.

One of Karol’s passions, even in his youth, was soccer.  While in high school, he played as goalkeeper and fell in love with a Jewish girl named Ginka.

In 1938, his father moved to Krakow, where Karol enrolled at the Jagcellonin University. Although he took military training as part of his instruction, he never fired a weapon.  While at the university, he learned twelve languages, nine of which he used as pope.

In 1939, the Nazis closed down the university during their invasion of Poland.  He began to work in order to avoid deportation to Germany.  He received an injury while working in construction that fractured his skull; while another injury left him in a permanent stoop. He lost his father to a heart attack a year later. Then in 1942, he began his pursuit of the priesthood, becoming a priest in 1946. He slowly moved up in rank. In 1978, He presided as cardinal at Vatican II.  He was ordained pope in 1978. He was the most travelled pontiff so far, and served the second-longest tenure in the role.

END_OF_DOCUMENT_TOKEN_TO_BE_REPLACED

Rise up and take the power back, it’s time that
The fat cats had a heart attack, you know that
Their time is coming to an end
We have to unify and watch our flag ascend

I once told myself that I would never stop trying out current music.  I did not ever want to be the fogey who bemoans “My music was better! Today’s music is terrible!” So I decided to occasionally try out current musicians. One that I really enjoy is Muse.

Muse could best be explained as a modern-day progressive and alternative rock band. They list among their influences Radiohead, Depeche Mode, Queen, Led Zeppelin, and even Skrillex.  It’s all combined to make a sound that is uniquely their own.  For this edition of Jason’s Jukebox, I will be ranking all seven of their studio albums, including their 2015 release Drones.

The three members are: 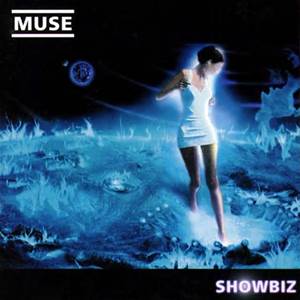 Muse had a pretty slow start on their rise to fame, with their first album not being all that great.  It got some mixed reviews and I don’t think it’s an impressive debut.

For me, this is a better starting point than Showbiz. Muse showed more promise with this album, and seemed poised to take their music outside the UK. Matt and Chris played off each other well.

Singles: “Time is Running Out”, “Sing For Absolution”

This was Muse’s breakout album, and their first international success.  Matt’s vocals and instrumentation, combined with Chris’s backing and bass created an album that I still consider one of Muse’s best releases.

Best tracks: “Time is Running Out”, “Sing For Absolution”, “Butterflies and Hurricanes”

This is one of my top four favorite albums from Muse.  Here, their sound is at its peak, with their first true signature song, “Knights of Cydonia”, which is still a crowd-pleaser today.  There is a definite Depeche Mode influence on such tracks as “Supermassive Black Hole,” the aforementioned “Knights of Cydonia”, and “City of Delusion”.  The album was featured in the 2007 edition of 1001 Albums You Must Hear Before You Die.