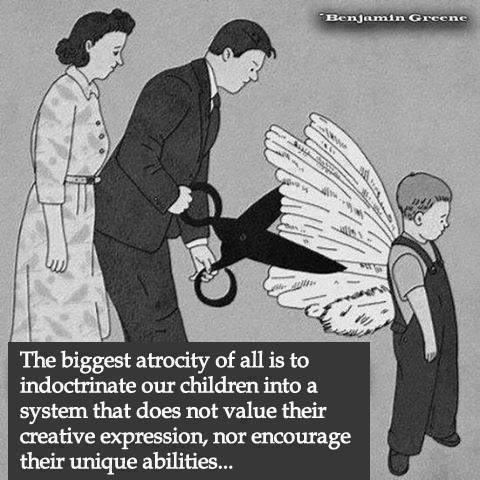 When my mom learned of my diagnosis of Asperger’s Syndrome, my college counselor gave her a book called The Oasis Guide to Asperger Syndrome.(You can buy a copy here.) The book gives great information on Asperger’s. Now, I realize autism is a wide array of cases, and Asperger’s is much higher than some may be, but after last week’s article about Autism Speaks, I thought I should balance it out by giving 20 things, some from the book’s epilogue, and others from my own ideas about what can be done for children with this condition. 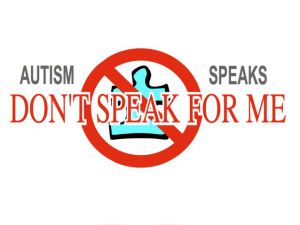 Many of you have probably heard of Autism Speaks, an organization that wants you to think they wish to help autistic people or families with autistic children.  That is far from the truth.

Last year, Suzanne Wright called out a summit in Washington, DC.  She said families of autistic people “are not living.” She portrayed them as living in fear of their children.

I would’ve provided a video of their propaganda, but of course, they got it removed from Youtube after word got out about the video’s true intentions.

What Autism Speaks really wants is a cure for autism. Here’s what fellow autistic blogger Tom Plastow has to say about that:

Autism is not a disease, it’s not a sickness, and the vast majority of autistic people do not want to be “cured.” Autism is a huge part of us, and removing it would radically change us as human beings. When you talk about “curing” autism, you are talking about eugenics. You are not helping us, you are not supporting us, and you are certainly not listening to us.

We don’t want to be changed, we don’t want bleach enemas, hug therapy, or to be treated like we’re dogs to be trained to your standards. We want to be listened to. We want to be accepted. We want to live in a world where people don’t see us as burdens that need to be eradicated so that “normal” people can have easier lives. We are not a public health crisis that needs to be stamped out; we’re human beings with – believe it or not – real emotions and thoughts of our own and everything.

Parents have been misled by this organization. Here’s an account by Sandy Kinnamon, found on boycottautismspeaks.wordpress.com

I thought it might be helpful to give some personal context as to why I don’t support Autism Speaks and am participating in efforts to boycott them.

My daughter was diagnosed as Autistic May 2012. I was scared and knew nothing about Autism, nothing positive; anyway, of the little I did know.

I was given Autism Speaks 100 days kit, which did have some helpful information. So, I decided to view their website, since I‘d heard of them, but knew nothing about them. As I began to look around their site, I became increasingly uncomfortable with what I was reading. What they were saying didn’t appear to describe my daughter at all. And it only further terrified me and I began to feel my despair deep. By the time I saw the video of called “Autism Everyday”, here ,where Judith Singer spoke of driving off a bridge with her Autistic child, but remembered she had a much more valuable, “normal” child to be there for, I was completely horrified and wondered if one day I would feel this way. If Autism was THAT bad?

It briefly led me to groups that weren’t at all helpful or accepting of their Autistic children and even more desperation and depression engulfed me as I tried to figure out how to save her from this cursed affliction.  But one day she looked into my eyes with so much love and affection and I snapped out of my haze and again SAW my child. This child I worked years through secondary infertility to get. And the more other Autistic children and adults I met, the more I knew these were dreaded lies, awful mischaracterizations of every person on the spectrum. These people were loving, affectionate, bright, intelligent, funny…challenges, to be sure, but in direct opposition to Suzanne Wright’s “Call to Action”here stating emphatically they are burdens, with families that aren’t living, but barely existing, they are lost, missing, diseased and gravely ill. None of the people I know are ANY of those things, including my daughter.

This is not an organization that anyone should support, especially the government. (Then again, this is the same president who asked God to bless Planned Parenthood, an organization founded by Margaret Sanger, who was an advocate of racism and eugenics.) Fortunately, there are indeed organizations that will assist those with autism.  I have a link to ASAN (Autistic Spectrum Advocacy Network in my blogroll. Also, former Miami Dolphins quarterback Dan Marino has started his own foundation when he found out his son had autism. Boycottautismspeaks, which I referenced earlier, has a list of companies that fund Autism Speaks. They should be joined in their boycott. Let the word go out: They do NOT speak for us.

Thanks to Facebook, I met a writer! I asked Cindy Koepp for an interview, and here’s what she had to say:

I just found out that I have received the Liebster Award for a second time! My first time was with my anime blog, Lobster Quadrille.  Thank you, Video As Life, and welcome to my blogroll!

As part of receiving this award, I must answer the following questions and nominate blogs I read. I must also make up questions for them as well.

I nominate the following blogs:

Here are your ten questions: