This year marks the 40th anniversary of the Star Wars franchise. It’s been through a lot of changes, some good and bad. I’ve decided to look at both the original and the Disney versions as a way of showing how much it’s changed, and whether or not the Disney version is good or not. Let’s start where it all began.

George Lucas has been getting a lot of flack since the prequels. Frankly, I think it needs to be toned down. The man was a genius, even if all his ideas didn’t pan out. To me, Star Wars was at its best when it wasn’t the top of the mountain that it is today. That might be its biggest problem: it can’t die no matter what happens.

It’s hard to believe, but Lucas had a lot of trouble getting A New Hope off the ground. His first movie, THX 1138, was a huge flop. (To be honest, I’ve never even seen it.) But one thing helped immensely: American Graffiti. American Graffiti was an unexpected hit. It resonated with audiences both young and old and presented an America people missed. It was a new hope for an America that was still dealing with the aftermath of the Vietnam War. Lucas was good friends with Francis Ford Coppola, who at the time was making Apocalypse Now, the epic commentary on the Vietnam War inspired by Joseph Conrad’s “Heart of Darkness”. He actually wanted Lucas to help out, and Lucas was interested, but he still had visions to turn The Star Wars (which was the working title for A New Hope) into something great. And the popularity of American Graffiti was enough to encourage him to take this chance. But Lucas was also nervous. Star Wars was expensive to make. He needed to film it outside of America for the Tatooine scenes (which were filmed in Tunisia). That, and the effects seemed like they might stop the film from making even enough money to recover from the cost of making the film itself. Lucas was even concerned that he had borrowed too much from Akira Kurosawa’s film The Hidden Fortress and even wanted to buy the rights to it just in case he should ever be accused of plagiarizing it. Eventually, he realized there was no need. It was a homage, not a remake.

END_OF_DOCUMENT_TOKEN_TO_BE_REPLACED

I’ve been a Disney fan for as long as I can remember. While I didn’t enjoy ever single animated movie, they were still good memories, and I still think of all the studios, Disney still has the best record. So for this week’s edition of Aspie Catholic, I’m counting down my favorite Disney movies. Some criteria first:

#10. The Lion King–This movie is often considered the beginning of a new renaissance for Disney, but in reality it’s not. Computer animation was started before this with The Great Mouse Detective,and using pop music started with Oliver and Company. This was more the result of good storytelling and marketing. It was the right place and time, while the others flopped due to poor timing. Besides that, Lion King is a magnificent movie, even if it’s borrowing from Shakespeare and Japanese animation.

#9. Robin Hood began a trend in Disney that continued with Mickey’s Christmas Carol and their version of the Three Musketeers starring Mickey, Donald, and Goofy–Making anthromorphic characters out of popular folklore. It was at a bad time for Disney, when they were recycling animation. But let’s not quibble over that. It’s still a good movie. 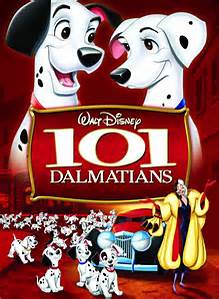 #8. 101 Dalmatians has been turned into a franchise thanks to its needless live-action version, but I like the original cartoon best. Cruella De Ville is one of my favorite Disney villains because of how over-the-top she is. Yes, Disney had scary villains like Scar and Maleficent, but sometimes their less frightening ones were still entertaining.

#7. Fox and the Hound was a great parable about racism cleverly disguised as a cute story. It’s a powerful story about how what we’re taught by society can destroy opportunities for true friendships. 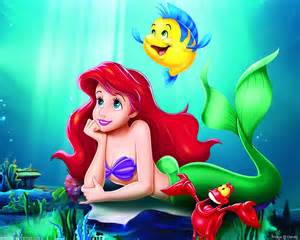 #6. The Little Mermaid was a beautiful rendition of the classic Hans Christian Andersen story. It was the start of Disney’s relationship with Alan Menken and Tim Rice, leading to other great scores in movies such as Aladdin and Lion King (Elton John recorded his versions separately. They were never used in the actual movie). Ursula is another one of the greatest Disney villains. Ariel was also the start of a new kind of Disney heroine–one who takes a more active role in the story than characters like Cinderella and Aurora from Sleeping Beauty.

END_OF_DOCUMENT_TOKEN_TO_BE_REPLACED 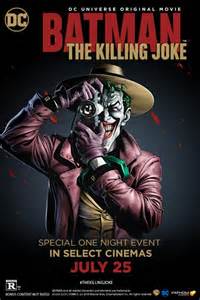 One of my all-time favorite Joker stories is The Killing Joke. The story was controversial because it brutally changed the status quo: Batgirl (Barbara Gordon) was now paralyzed from the legs down. Because of this, she would later become the hacker Oracle. It also recounted the Joker’s origin, building on how he started out as The Red Hood. I personally believe this story helped Batgirl become a better character, more than just a female, younger version of Batman.

I was excited when I learned that an animated feature was being made. When I learned that Mark Hammil, Tara Strong, and Kevin Conroy were reprising their roles as The Joker, Batgirl, and Batman, I was even happier. The movie even became DC’s first animated feature to have an R-rating. That’s really the only way the story can be done. This is the Joker proving that everyone is as twisted and sadistic as him. He believes all everyone needs to push them over the brink is a “bad day”. And this is him giving Commissioner Gordon and Batman that “bad day”.

END_OF_DOCUMENT_TOKEN_TO_BE_REPLACED 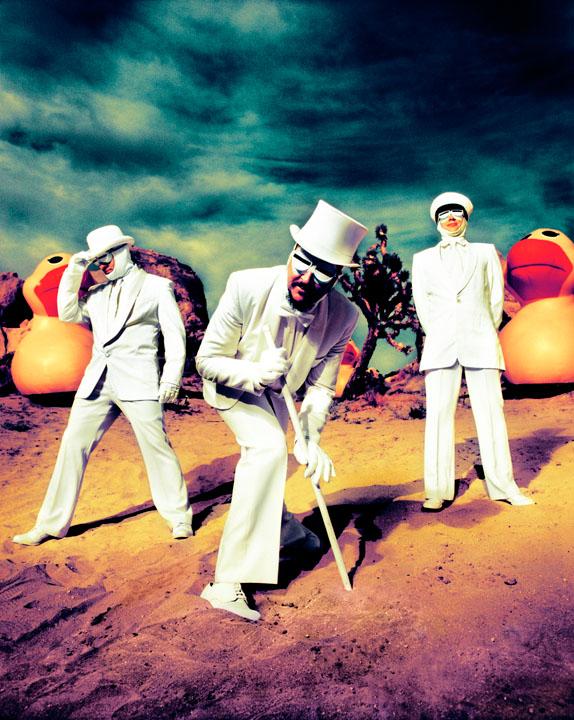 If you stop Primus’s lead vocalist and bassist Les Claypool after a gig and tell him that Primus rocks, the usual gag is that he’ll say “no, we suck.” This isn’t because Les has no self-esteem, it’s because he’s that kind of person.  Primus is a hard band to describe. It’s got a very surreal feel to it. For this reason, the joke actually makes sense–it’s not the kind of music that the average rock fan would understand. And that’s why I enjoy them. So for this edition of Jason’s Jukebox, I’m ranking all of Primus’s albums so far.

The current line-up is

Singles: “John the Fisherman”, “Too Many Puppies”

This was a decent start, but many of the songs lack the polish that would come later. It’s a good effort for what it is.

Best Tracks: “To Defy the Laws of Tradition”, “John the Fisherman”

1991 was the year alternative rock really exploded. We had great albums from Pearl Jam, Nirvana, the Red Hot Chili Peppers, and U2. Primus falls into this too.  The sophomore album was and still is one of their best, and gave us one of their most signature songs, “Jerry Was a Race Car Driver.”

This is my favorite Primus album. I fell it’s their most definitive and the best example of how Les Claypool’s surreal humor makes them as great as they are.  The video for “Mr. Krinkle” is still one of my favorite music videos. Surprisingly, it was all done in one take. 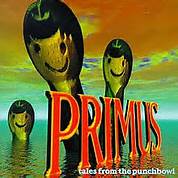 Punchbowl gave us the third signature song, “Wynona’s Big Brown Beaver”. This was their second-highest seller, right behind Pork Soda. It was also the last album to go gold. To me, it’s just average. It feels like Les and his boys are just coasting by and not trying anything different. I didn’t hate it, but it just wasn’t as great as Pork Soda or Sailing on the Seas of Cheese. 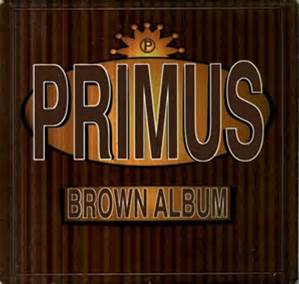 This was the first album for new drummer Bryan “Brain” Mantia, who replaced Tim Alexander. I think this one is Ok at best. I like that the name “Brown Album” was actually official, as most of the time when an album is given a color for its name, that’s done by the fans. It’s just an example of Les’s unique sense of humor.