This month for my “One Faith, Many Paths” project, I’m interviewing Clay Gilbert, a friend of mine who writes science fiction for PDMI. Among his books are Annah, (part of his “Children of Evohe” series) and Dark Road to Paradise. He is a recent convert to Christianity from Wicca.

What was your childhood like? I’m an only child, and in many ways, through much of my childhood, my life was the stereotypical suburban family story–the “Beaver Cleaver” family stereotype, as my mom has said on a few occasions. Dad worked, and Mom stayed home and took care of me. Later on, when I was a little older, Mom periodically worked, but our family was pretty traditional.  It really was a great time. My parents encouraged me to read, and encouraged my passion for writing.  They taught me good values–including raising me in a knowledge of Christianity, and the Bible, which we read a lot in our house. I also went to church every Sunday.  But for certain reasons, which were my own, I didn’t claim Christianity as my own faith until January of 2016. It was the “faith of my fathers”, as the old hymn says, but I had to take my own long road to reach it for myself.

What kind of instruction did you receive in Christianity? Tons, man. My family wasn’t one of those ‘check off the box’, go to church on Sunday and forget it kind of Christian families.  The Bible and the teaches of Christ, and the perspectives of Christian figures in the larger culture, were a constant presence in my life.  I attended Sunday School as well as Sunday Services, and I read the Bible for myself. I’d estimate that by the time I was thirteen–the age of Confirmation class in the Methodist branch of the Protestant Church–I’d read it all the way through at least four times. There are some Christians who seem to feel that those who aren’t Christians just haven’t been exposed to the Gospel. In my case, that wasn’t so.

What is your favorite biblical passage? Easy. It’s Philippians 4:13, “I can do all things through Christ who strengthens me.” We try to do stuff on our own, so much in this world; in this culture.  But I know for myself that I am much stronger with the Lord Jesus in my life than I ever was when I was wondering around trying to get things done without Him.  And I know He was there all along, knocking on the door and waiting for me to be ready to open it.

END_OF_DOCUMENT_TOKEN_TO_BE_REPLACED 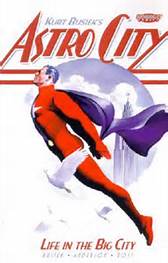 Many superheroes have a fictional city they call home. Superman has Metropolis. Green Lantern has Coast City. Batman has Gotham City. Have you ever wondered what it must be like to be an ordinary person living in these cities? Kurt Busiek and Alex Ross’s Astro City can give you an idea.

The series was launched in the mid-90’s as part of Image Comics’ short-lived Homage imprint, before Wildstorm Studios folded and was bought out by DC. I’ve decided to review as many of the collections as I can, because I think the series needs more love.

First, let’s talk about the creative team. Kurt Busiek really is one of the best writers in comics. His favorite technique is not using superheroes, but ordinary people to tell his stories. His Marvels novel, for instance, was told from the POV of a reporter who witnessed the first adventures of many of Marvel Comics’ legendary heroes.  This series uses that same approach. Of the six stories in this volume, only two are told by superheroes.

Alex Ross is the cover artist, and his work is museum quality.  His covers are included in a gallery at the end and all look great.

Brent Anderson is the main artist. He has a style that can capture motion well. It’s unique and complements Ross’s concepts well, without emulating it.

Now I’ll talk about the stories. First is “In Dreams”, spotlighting the Samaritan. The Samaritan can fly and has superhuman strength, speed, and endurance. He also has a barrier that can repel energy.  In a way, he’s a tribute to Superman. He laments that he spends so much time flying around and saving people, he can’t just fly around and enjoy himself.  We also meet the Honor Guard, the Astro City version of DC’s Justice League. The roster consists of Beauty, Samaritan, The Black Rapier, Cleopatra, MPH, Quarrel, and the N-Forcer.

“The Scoop” takes place in the 60’s, and is about Elliot Mills, editor-in-chief of Astro City’s Newspaper, The Rocket. (He’s basically a tribute to Perry White, editor of the Daily Planet, where Clark Kent works) In this story, he tells a new reporter about a framed article on his wall–one that was actually rejected by his editor. The story gives us a glimpse of the city’s earlier days, when a new hero called the Silver Agent called Astro City home. We also meet the original roster of the Honor Guard, and learn it was founded by a wealthy businessman named Max O’Millions. I liked this story for its glimpses of Astro City’s history.

“A Little Knowledge focuses on a homeless criminal who catches the superheroic clown Jack-in-the-Box as he is removing his mask. Jack in the Box is what you call a “legacy” superhero, meaning that more than one person has taken on the identity (think of how there has been four different Robins throughout the Batman saga) . Jack has rubber noses that can stun criminals, stretchable limbs, and shoots confetti like Spider-man shoots webs. While Jack-in-the-box is a light-hearted superhero, his costume can be frightening to criminals, and the narrator is worried what will happen to him now that he knows the clown’s secret.

END_OF_DOCUMENT_TOKEN_TO_BE_REPLACED

There has been a huge market in Christian movies like God’s Not Dead, Fireproof, and War Room. Even the Narnia movies could count. One I’ve seen recently that I like is the just-released-to-DVD Risen.

Risen tells about what happened after Jesus was crucified. What’s interesting is that the movie isn’t done from the viewpoint of a follower of Jesus, like the Apostles or even Mary Magdalene. Instead, the protagonist is Clavius, a soldier who was present at the Crucifixion (he’s not actually in the gospels. There is a soldier mentioned in the accounts, but it’s the one who pierced Jesus’s side. It’s not said in the movie whether this is the same soldier or a different one.) The Sanhedrin are concerned that Jesus might indeed fulfill his prophecy that he would rise from the dead. Considering all the miracles he performed during his ministry, they have reason to be concerned. While the Jews did want to be free of Roman rule, they knew the danger of uprising. This is why the crucifixion happened, in my theory. Jesus was not what they thought the Messiah would be. He was too kind, not a person who would rise up an army and use His godly powers to make the Romans quiver in their armor. They knew the Romans outmanned them and had better weaponry. They wouldn’t stand a chance. Pilate was also concerned because he wanted to keep his position of power. After all, when Jesus was just a baby, Herod had ordered all Jews below the age of two to be killed to stop Jesus before he could even begin an insurrection. That failed, obviously, because now he had condemned the same man, one he deemed innocent and had only done so to placate the crowd.

I like how the movie sets up Clavius as a protagonist. He’s not presented as a villain. Like the rest of his people, he pays tribute to the Roman pantheon–Mars in particular (Kudos to the writers for knowing that some Romans didn’t worship the entire pantheon and had favorite gods that they looked to) He regards the Jewish god with indifference, and thinks little about this “Yeshua” trouble-maker (Note: Jesus’s name was actually “Yeshua” in the original text, not Jesus) However, Pilate is his commanding officer, so it would be best to see to it that Jesus does not rise from the grave. I love what Mary Magdalene tells him when he interrogates her. “You are looking for something you will not find.”

END_OF_DOCUMENT_TOKEN_TO_BE_REPLACED

Papers in the roadside
Tell of suffering and greed
Here today, forgot tomorrow
Ooh, here besides the news
Of holy war and holy need
Ours is just a little sorrowed talk

Duran Duran is celebrating their 35th anniversary this year.  They’ve had a tumultuous career, starting with the new wave scene of the 80’s, and with repeated attempts to maintain relevance in the 90’s and 2000’s. This is a great time to take a look at their discography. I’ll be ranking these albums on a scale of 1 to 5 tigers.

This debut album is one of the best debuts I’ve heard. The Fab Five had a good handle on their sound early on, and they managed to stick around longer than some of the other New Wave acts of their time, such as Missing Persons or A Flock of Seagulls. MTV gave them a huge fanbase in the states, in fact “Girls On Film” was one the most popular videos on MTV in that year.

Fun Fact: The video for “Girls On Film” had to be edited to be shown during the day. The more risqué version was played at night.

This is Duran Duran’s most definitive album, so much so that Alexandra Heller-Nichols, editor of Fiend magazine, contributed it to Robert Dimery’s 1001 Albums You Must Hear Before You Die. It’s this album that truly helped launch them into stardom. John Taylor’s bass line is great on songs like “Rio” and “The Chauffer”.

Singles: “The Reflex”, “New Moon on Monday”, “Union of the Snake”

This was one of the first albums I owned as a kid, and I still think it’s one of the band’s best albums. While it doesn’t have the instantly recognizable hits from Rio, it’s the non-hits that stand out the most. It also has one of the best instrumental rock songs ever, “Tiger, Tiger”

This album began Duran Duran’s more experimental phase. Nile Rogers gave them a more horn-based sound (this would be his first album with the band), as evidenced by the singles. By this time, the band had broken into two side projects, Power Station and Arcadia, indicating some tension in the band. This was also their first album with Warren Cucurullo, who would become a new member later on.

Big Thing was another shift for the band, as they experimented with a more “house”-based, techno sound that would stick with them for the rest of their discography. However, it took them a while to perfect it. 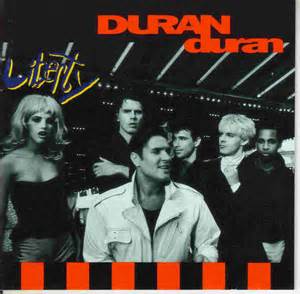 This album was a bit of a dip for Duran Duran, as the tide was beginning to turn away from New Wave. A new kind of alternative music was on the horizon, one defined by bands like Jane’s Addiction, Nirvana, and Green Day. Duran Duran would have a hard time adjusting to the times.

Best Tracks: “Violence of Summer (Love’s Taking Over”, “All Along the Water” 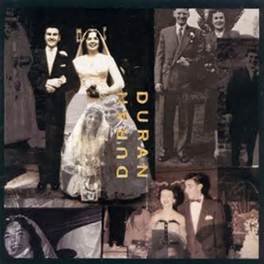 By the time this album was recorded, Andy Taylor had left the band, with Warren Cucurullo taking over. The music scene had shifted towards a darker sound, and Duran Duran had failed to evolve, becoming more reminiscent of a time that the 90’s had become more cynical for. Of their 90’s albums, this one is actually their best. The opening track, “Too Much Information”, is a great stab at the popular media of the time. “Ordinary World” is a grim eulogy for a friend who died in a car crash.

Fun Fact: Because the band already had a self-titled album, this release is unofficially called the “Wedding Album” because of the cover art, depicting wedding pictures. “Femme Fatale” is a Lou Reed cover, making it a taste of what the next album would be.