I actually do like both Marvel and DC, even though I’m really more of a DC fan. While DC’s heroes are mythic and legendary, Marvel’s are more down-to-earth and relatable. My first exposure to Marvel was the cartoon series Spider-man and His Amazing Friends, in which Spider-man teamed up with Firestar (created exclusively for the show) and Iceman (a former member of the X-men.) From there, I checked out the X-men, Fantastic Four, and many more. 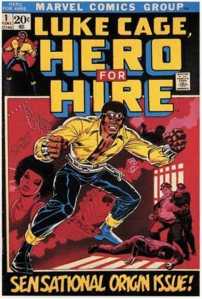 10. Luke Cage–Luke Cage and his pal Iron Fist were the duo that seemed like they were still stuck in the 70’s, with Luke talking like Shaft and Iron Fist’s kung-fu moves. I’ve often asked “OK, we got the Avengers, X-men, Spider-man…sweet Christmas, where’s my Power Man and Iron Fist movie?” In fact, Luke and Iron Fist are currently members of the Avengers. 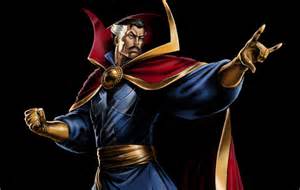 9. Dr. Strange–The Sorcerer Supreme is a modern-day wizard who may seem out of place at first, but when you have outer space tyrants like Thanos, the idea of a superhero using magic doesn’t seem so crazy. I’m psyched for the next Marvel movie, which just happens to be all about Dr. Strange. 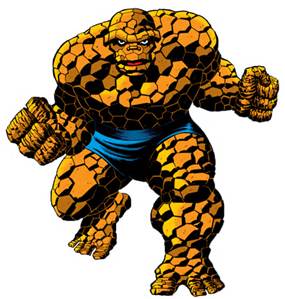 8. The Thing–It’s Clobberin’ time! Ben Grimm is my favorite member of the Fantastic Four. I love his tough-guy attitude and soft center.  One of the reasons I was a huge CM Punk fan when he was in the WWE was that he used the Thing’s catch phrase as part of his entrance. 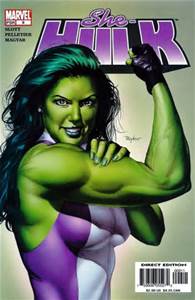 7. She-Hulk–She Hulk is the Incredible Hulk’s cousin. But unlike Banner, She-Hulk is stuck in her Hulk form and has retained her intelligence. When I was reading Fantastic Four, the Thing had his own solo comic, and She-Hulk was standing in for him. I love her sense of humor, especially when John Byrne was writing the comic. She broke the fourth wall long before Deadpool started doing it.

6. Captain America–One of the original Avengers, Steve Rogers was also Marvel’s first superhero. When he first appeared on the scene, he was pictured cold-cocking Hitler right in the jaw. My only gripe is that now that the Falcon has taken over, Marvel has turned him into a mouthpiece for the liberal agenda. When I was reading Captain America, he was supposed to be a neutral character, not subscribing to either party.

5. Thor–To this day, I still wonder why Stan Lee started Thor off with a secret identity. Maybe he added Donald Blake to the mythos because he’d been so used to using secret identities that he didn’t feel right. Eventually, Thor was exclusively the demi-god we know today. What I like about Thor is that he embodies the mythic heroes of old, and talks like he belongs in a Shakespeare play. Oh and both his movies are awesome!

4. Nightcrawler–Nightcrawler is my favorite X-man, so of course I’m putting him on this list. This cocky elf has a carefree personality, and it helps that he follows Catholic teachings.

3. Daredevil–When Netflix announced Daredevil as its first series, I was pumped. I’ve always loved Daredevil, mostly because whenever he and Spider-man teamed up, they were a great team! I love how he uses his crime-fighting identity as a way of helping those he is assigned to as a lawyer. And like Nightcrawler, Daredevil is a staunch Catholic, which became part of his mythos when Frank Miller started writing the character (ironically, Frank is atheist.) 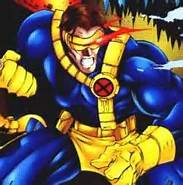 2. Cyclops–Scott Summers has been the field leader of the X-men since they started, and is probably Professor Xavier’s most loyal student. He may not always make the best decisions, but I can’t think of anyone I’d rather see leading the team. 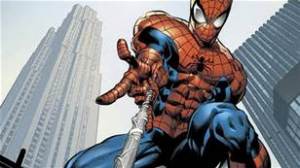 1. Spider-man–Peter Parker is the flagship for Marvel. He is the one you think of when you think of Marvel, much like Batman and Superman are for DC. He is not a near-deity, he has the same problems any ordinary human would, made worse with his powers instead of better. And yet he still keeps fighting evil because he feels his powers give him a responsibility. Plus I love the guy’s razor-sharp wit.

Next up, my favorite Marvel villains closes out Comic Book month.