The five members of Pink Floyd are:

Of all the five members, Nick Mason was the only one who appeared on every album.  Roger, Syd, and David each had solo careers in addition to their work in  Pink Floyd.

Piper at the Gates of Dawn ***1/2 (1967) This album was the beginning of Pink Floyd’s period as a psychedelic rock band. Their early years were markedly different before they hit it big, with long experimental songs like “Interstellar Overdrive”, showcasing Syd Barrett’s talent as a guitarist.

Best Tracks: “Set the Controls for the Heart of the Sun”, “Saucerful of Secrets” 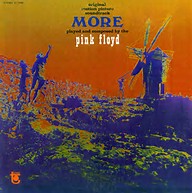 This was Pink Floyd’s first of two soundtracks, and their first album with Gilmour’s vocals. It’s Floyd at their most experimental. Because it’s a soundtrack, many songs are instrumental.

Best Tracks: “The Nile Song”, “Cymbaline”, “Up the Khyber” 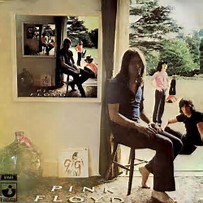 A terrible name and a terrible album. While the live set is OK, the second half ruins the album for me.

David Gilmour and Roger Waters both feel this is one of their worst albums.  I can’t say I disagree, but I did enjoy both suites.

This is Gilmour’s emergence as a guitarist. The best track has to be “Echoes”, a 23-minute showcase of instrumentation that has a riff that is eerily similar to the Phantom of the Opera’s theme.

Best Tracks: “One of These Days”, “Echoes” 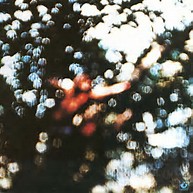 The second of their two soundtracks (this is for the movie La Vallée). This was their final album before they hit the big time. It contains their first US hit, “Free Four”, but beyond that, it’s underwhelming.

Oh yes, this is THE Pink Floyd album! It spent a total of 700 weeks on Billboard’s album charts, the longest any album has ever spent! And it certainly lives up to its hype. The concept of madness would later be explored again in the narrative of The Wall.  This is a masterpiece in rock that no one will top.

While Syd Barret’s time with the band was brief, it had a profound impact that continued to creep into Pink Floyd’s work. It caused this album to become a critique on the record industry, with “Have a Cigar” its most biting attack. I like this album, but “Shine On You Crazy Diamond” is a bit pretentious for me.

Best Tracks: “Wish You Were Here”, “Have a Cigar”, “Welcome to the Machine” 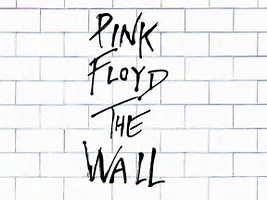 The most famous concept album. It tells the story of Pink, a musician whose self-imposed isolation from society causes him to slowly go insane. The chaotic narrative was captured well by the movie that followed.

The band’s second political album, and the only one that solely credits Waters.  In fact it can be considered a solo album that just happens to have Pink Floyd’s name on it.

Best Tracks: “Learning to Fly”, “On the Turning Away”, “Round and Round”, “Sorrow”

Pink Floyd’s final concept album, and what many consider their grand finale.  The concept this time is communication, as it explores how errors in understanding can destroy relationships. “Keep Talking” contains a sample of a discussion by Stephen Hawking. It’s a beautiful album.

This isn’t much  of an album, as it’s mostly instrumental and all the tracks are actually outtakes from Division Bell. It makes for a relaxing album, but that’s it.

And here’s my ranking.

9) A Saucerful of Secrets

6) Piper at the Gates of Dawn

5) Wish You Were Here

4) A Momentary Lapse of Reason

1) Dark Side of the Moon

Next time, we look at the Arena Rock band Foreigner.