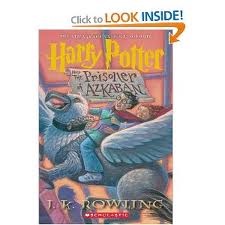 got into Harry Potter very early on. At the time I started reading the books, the first movie was just released. The third book had just arrived on the shelves. And the detractors were in full swing. I kept hearing all the talk about how evil the books were. What I thought was most ridiculous (and still do) was that these same people who were attacking Harry Potter for its themes and content were promoting reading the works of Lewis and Tolkien. This is wrong for several reasons:
1. Many of the same themes in Lord of the Rings and The Chronicles of Narnia are explored in Harry Potter as well.
2. Lewis and Tolkien used magic in their environments, as do Harry Potter books. So why give them a free pass.
3. The people with these opinions refuse to acknowledge that JK Rowling has said she believes in God, not magic. Thus, she is obviously not promoting what they claim. And they assume that she isn’t a Christian writer, which is also wrong. In fact, thanks to them, she’s had even more doubts about her path.
When I heard all this, I knew what my position was even before I first opened Harry Potter and the Sorcerer’s Stone. I was already on Rowling’s side. Now all I needed was proof to refute the claims. So I read the books to get the proof I needed.
The third book is one of my favorites. It’s the only book that doesn’t end with a confrontation with Voldemort. We also meet Sirius Black, Harry’s godfather. He was mentioned in the first book, but now we learn more about him. He was a friend of Harry’s parents. But he allegedly allied himself with Voldemort, landing him in Azkaban, a prison guarded by Dementors. (Dementors are beings that steal your happiness.)
The book also continues Rowling’s attempts to teach us lessons. The first of these is illustrated in the introduction of Remus Lupin, another old friend of Harry’s father. He teaches Harry to create a patronus, which becomes an important plot point in future books. A patronus is a “spirit animal” that protects wizards from evil. But we also learn that he is a werewolf. I actually figured this out before the reveal. It’s all in his name: Lupin is French for wolf. At first, Hermione is fearful of Lupin when she finds out and even forgets how kind he was to them. In a way, this is teaching us about prejudice. Yes, Lupin is a werewolf, but he’s nothing like the werewolves we normally see. He’s far from menacing. In fact, for him, the wolf form is like a curse–he’s constantly having Snape mix potions to curb the wolf.
Sirius Black also shows us the danger of scandal. Because of the allegations surrounding Black, it’s assumed that he is a threat to Harry. Harry even fearlessly says he will fight him even if it means he will die. But he learns that he has nothing to fear from him. Black even becomes his ally. I actually hoped that Potter would go to live with him instead of the Dursleys. But on a repeated reading, I realized why this would not work. Black is on the run. The Dursleys are a terrible family for Harry, but at least they offer stability. And it’s safer, for the most part.

The Prisoner of Azkaban is an excellent read. I truly wish more detractors would read the books and form their opinions based on the books themselves, not allegations.

One thought on “Harry Potter and the Christian Muggle: The Prisoner of Azkaban”