Charlton Comics is a company that I forgot to talk about, so let me give some background on them first. They were started by John Santangelo and Ed Levy in the 1940’s. Unlike their more famous peers, Charlton (named after their sons, both named Charles) was headquartered in Connecticut. They did many things on the cheap. They had their own printing press, which they kept running all the time because it was too much trouble to turn off when not in use. The paper quality was thus cheaper than the competition. They also paid less. Yet they attracted talent because they allowed more freedom, as long as you followed the guidelines of the Comics Code.

With that in mind, let’s talk about Steve Ditko. Ditko wasn’t just Spider-Man ‘s first artist, he was also co-plotter. Ditko and Lee often clashed because Ditko had a different perspective on heroism. Ditko was a firm believer in objectivism, the philosophy coined by Ayn Rand, writer of books like Atlas Shrugged and The Fountainhead. Ditko didn’t believe in flawed heroes. As Rand famously said, “A is A.” To Ditko, this meant you were either good or evil, there was no in-between. Ditko didn’t mind the flaws that were in Peter Parker, though, because Parker was a teenager, and hadn’t grown as a person. Eventually, the two creators clashed too much, and Ditko left for Charlton.

Ditko had actually worked at Charlton before Marvel in 1960, co-creating Captain Atom with writer Joe Gill. When he returned, Ditko was given the assignment of rebranding Blue Beetle, a character that Charlton had acquired from Fox Comics (which had folded in the 1950’s). He created a whole new identity, Ted Kord. Kord’s ideals matched Ditko’s. He was a genius-level inventor, unlike his predecessor Dan Garret, whose powers came from a mystical scarab artifact. 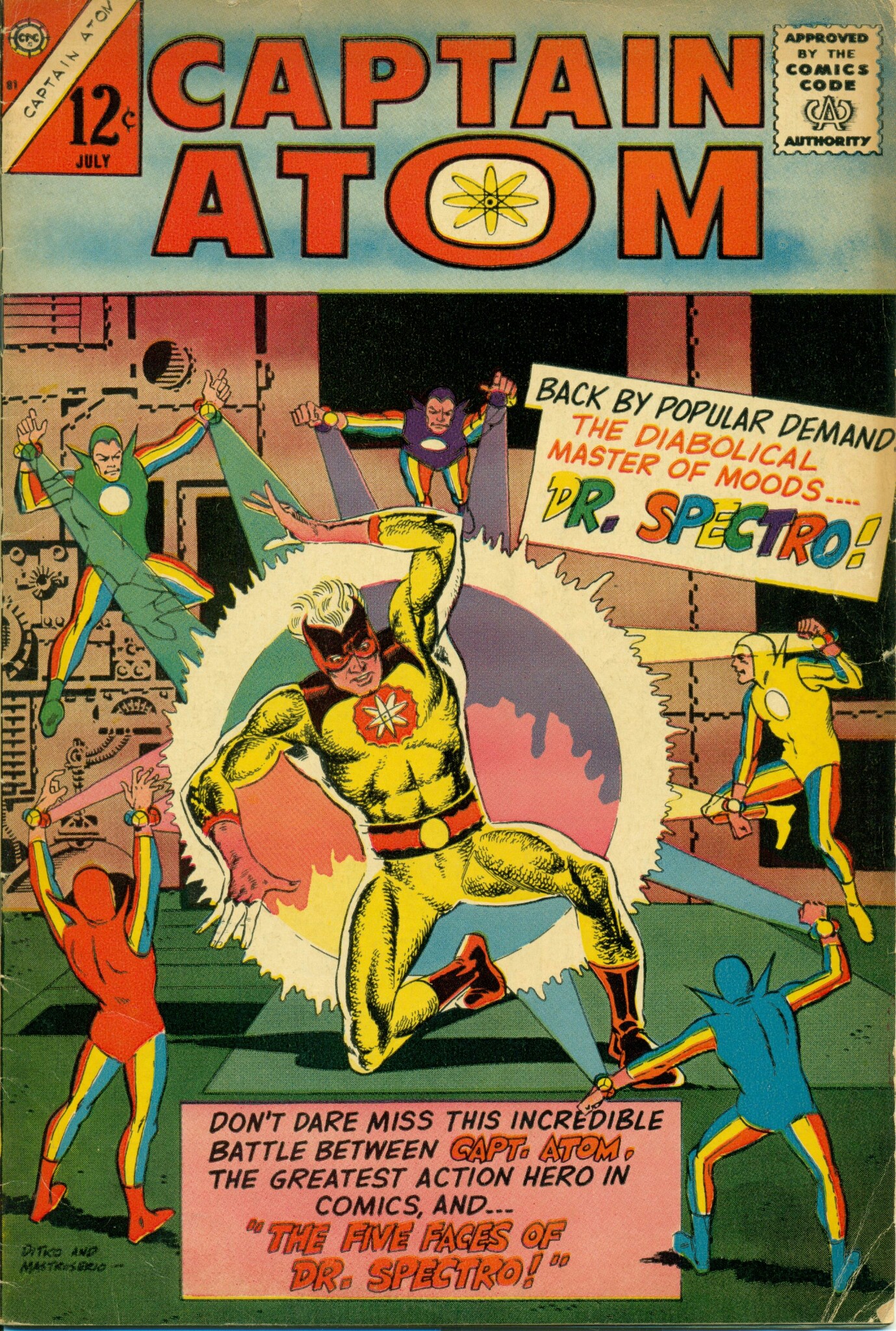 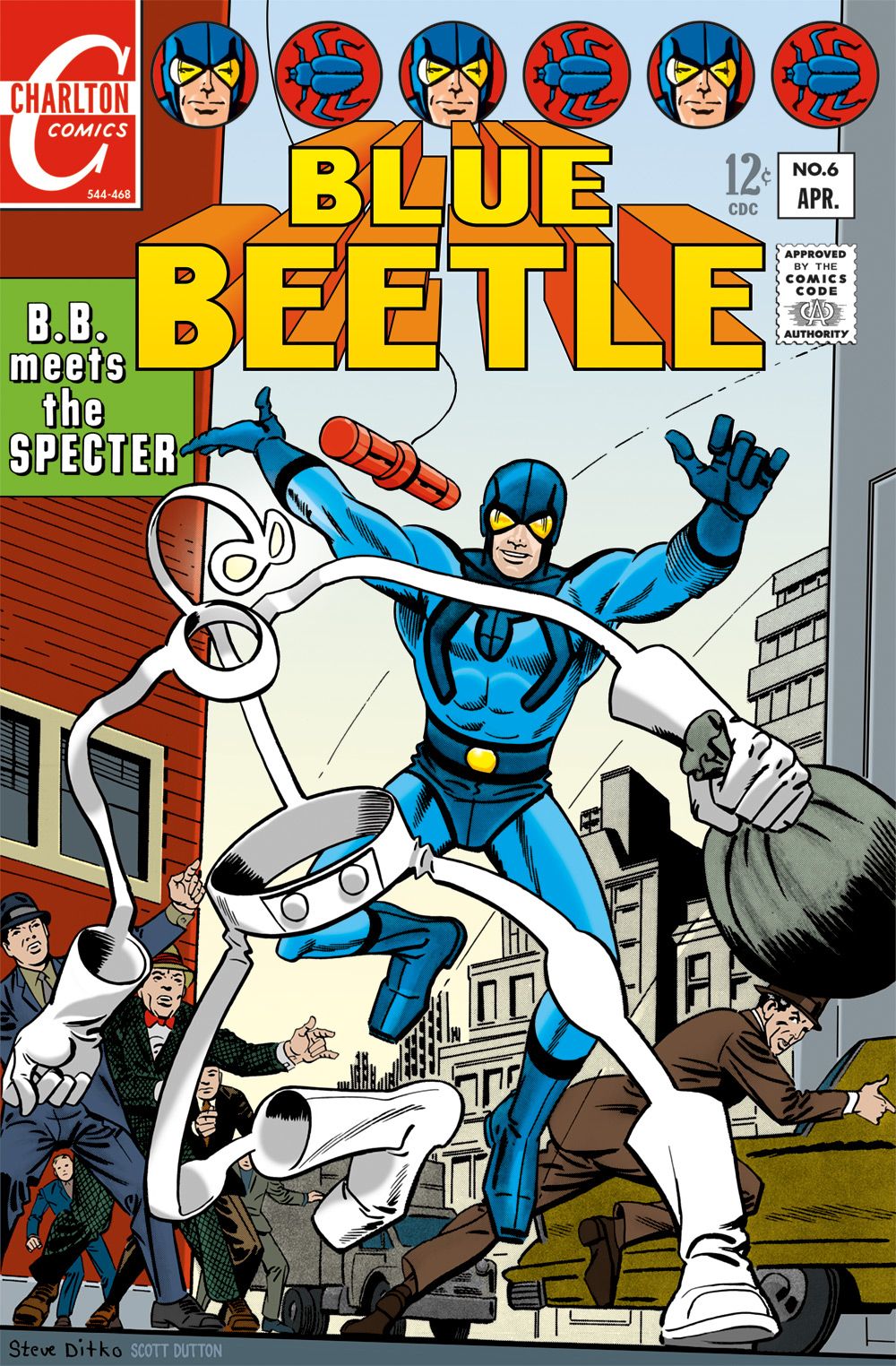 Blue Beetle also had a backup feature called The Question. The Question was actually a revamp of Mr. A, a character Ditko had created at Wally Wood’s underground comic witzend. Ditko created The Question because he felt Mr. A’s methods were too extremist to still follow the Code’s guidelines. The Question was Vic Sage, an investigative journalist living in crime-ridden Hub City. Sage had no powers of his own, but wore a featureless mask, allowing him complete anonymity. Sage was known for violent and ruthless methods of apprehending his adversaries.

All of these heroes were soon cancelled in 1967. Ditko was far from the only success story from Charlton. Other people who started there included John Byrne, Jim Aparo, Dennis O’Neil, and Dick Giordano. With the exception of Byrne, all of these talents would come to DC. (Byrne went to Marvel instead.)

Charlton lasted through the 1970’s, publishing licensed properties such as cartoons from Hanna-Barbera and King Features. The company closed in 1986.