Despite the Comics Code restrictions, Marvel and DC did still try to publish science fiction and horror-themed comics. But some comics were eventually changed to superhero comics. One was Tales to Astonish. At first, it was a horror comic, and even gave us the first appearance of Groot from Guardians of the Galaxy. In the 27th issue, we were introduced to a future Avenger.

Hank Pym was introduced in “The Man in the Ant Hill” . He discovered what he called “Pym Particles”, which shrunk him to microscopic size. He didn’t gain his superhero name until his next appearance, in Tales to Astonish #35, when he became Ant-Man. He had now designed a helmet that gave him the ability to communicate with and control ants. 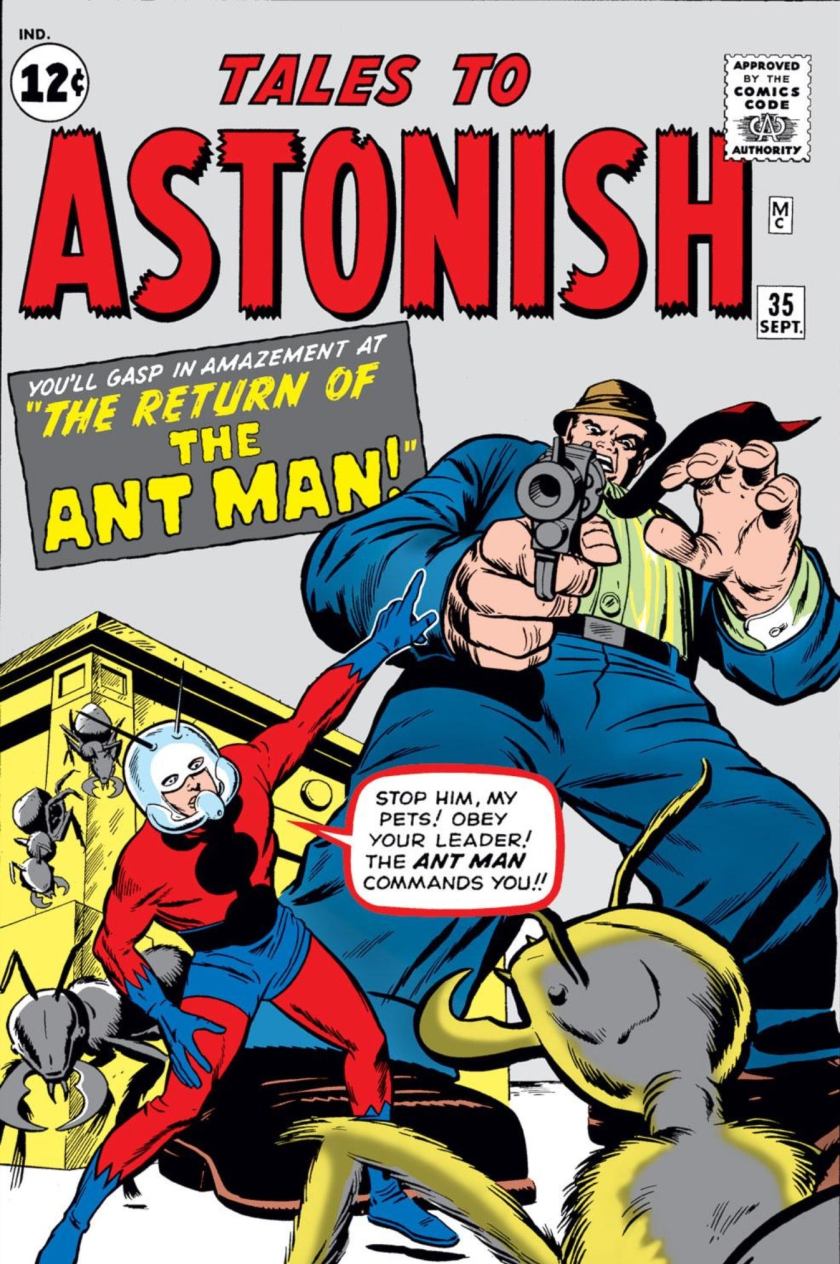 Issue 44 introduced Hank’s female counterpart, Wasp. Her alter ego is Janet Van Dyne, and her abilities are identical to Hank’s.

In #49, Pym made another discovery. He learned that Pym Particles could also increase his size. He now called himself Giant-Man as a result. 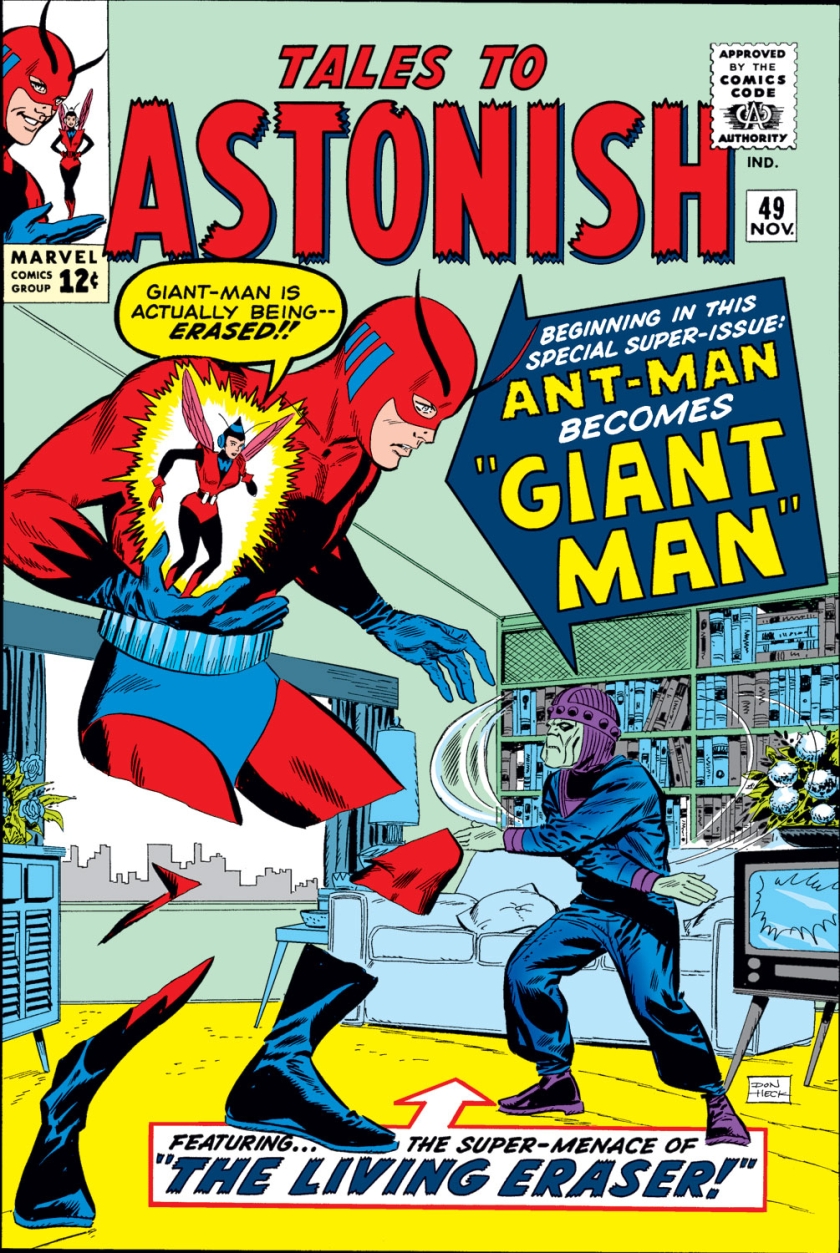 Ant-Man would eventually become one of the founding members of the Avengers. We’ll meet more founders in future chapters. But for now, we’ll move on to the first superhero team of the Silver Age.