This year has been an excellent year for music. We got new albums from titans like Judas Priest. The White Album was remastered in celebration of its 50th anniversary! The Police released a B-sides compilation. Thanks to Spotify’s Release Radar feature, I tried out new albums throughout the year. I heard over 30 albums this year, and of them only 2 were duds.

Let’s get the duds out of the way first: 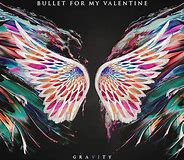 Bullet For My Valentine: Gravity–I really don’t know why I gave this band a try. I’d heard their name thrown around a lot, so I got curious. This album was just noise. I don’t know if they have better stuff, but I don’t think I want to find out.

Imagine Dragons: Origins–What happened, guys? I thought your first two albums were great! Evolve was okay, but this? This is like someone sucked all the inspiration out and left vapid music only good for backgrounds in commercials. If I want commercial music, I’ll watch TV.

And now for the countdown! These will be arranged by how much they impressed me. 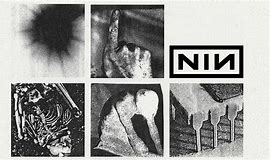 Nine Inch Nails: Bad Witch I’ve been following Trent Reznor since way back, like Pretty Hate Machine. I wouldn’t say they hit a slump, but this was only a half-hour, not nearly enough to whet my appetite. 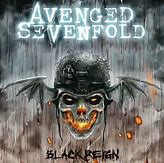 Avenged Sevenfold: Black Reign This is the soundtrack for the latest Call of Duty game. It was a blast, but the spark didn’t last long enough for me. I’ll be checking out more stuff, so it impressed me that much anyway. 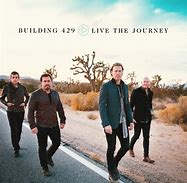 Building 429: Live the Journey–This is one of my favorite Christian Music bands. I liked this album, but it had way too many singles released before the album finally dropped. The rest of the album was good too, but a few of the singles weren’t all that great.

Arctic Monkeys: Tranquility Base Hotel and Casino–This is Arctic Monkey’s first concept album, about a hotel and casino on the moon. A few of the songs sounded like lounge music, and I didn’t like that. My main problem is that the concept didn’t seem fully represented, and only a few songs seemed to follow the theme. But points for doing something new, guys!

Death Cab For Cutie: Thank You For Today–Don’t get me wrong, Death Cab fans. I’m well aware how good this band is, but I only slightly enjoyed this album.

Smashing Pumpkins: Shiny and Oh So Bright, V. 1: No Past, No Future, No Sun–Man, that’s a long title. Its great to see the original line-up, and for an EP this was a nice small package of talent. (you can call it an LP all you want, Corgan, but this was only a half-hour. That’s an EP)

Wye Oak: The Louder I Call, The Faster It Runs: I really like how experimental this duo gets. I mean, can you think of any other band where the drummer will play the keyboards while he’s playing the drums? The music always makes it hard to believe there are only two musicians. It has a great surreal sound to it.

John Prine: The Tree of Forgiveness–When I saw John Prine’s name on the list of nominees for induction into the Rock n Roll Hall of Fame, I was curious because I’d never heard of him. His blend of humor and country roots impressed me a lot, and then I found out this new album came out. I’ll definitely be listening to his older material.

Eminem: Kamikaze–The world’s fastest rapper can still knock one out of the park. There’s some great diss tracks on this one, and the guest stars don’t overshadow Mathers at all.

The Gorillaz: The Now-Now–Humanz was a great rescue from the slump that was The Fall, and this album continues the trippy direction that the previous album started. It wasn’t better than Demon Days (my favorite album by the band), but it was pretty good.

Muse: Simulation Theory–Man, this album has seriously divided the fanbase. Some people really like this album, but others outright hate it. I’m somewhere in the middle. This is far from the worst. It has a good concept, and I like the 80’s feel. It’s not one I’d play for someone who’s never heard of Muse, but I like it, even if it took a couple listens to really appreciate.

Myles Kennedy: Year of the Tiger–Normally Kennedy likes to collaborate with other artists like Alter Bridge, but this is a solo album. It’s an album inspired by the death of his father, and he pours out all his pain, bleeding the wounds into some deep, dark music. It’s a bit of a departure from his normal stuff, with an almost country vibe thanks to the lap steel guitar on some tracks. Good stuff here.

Spock’s Beard: Noise Floor–This is a great progressive metal band, and speaking as a first-time listener, it sounded great. Some great long songs on here, which is why I like progressive rock and metal, so good job guys.

Matthew Sweet: Tomorrow’s Daughter–Matthew Sweet is a great indie artist who’s been around since the 90’s, and he’s not about to disappear. This was  a great album and it’s as beautiful as its cover.

Myles Kennedy and the Conspirators f/Slash: Living the Dream: This felt like a jam. It was some great pure rock and Slash did his usual routine of pulling out impressive riffs on his Les Paul. It’s a great one. 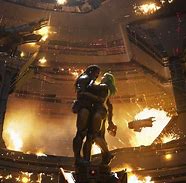 Coheed and Cambria: Vaxis pt. 1: Unheavenly Creatures–What, you thought the Amory Wars saga ended with Afterman? No! There’s five more parts now, starting with this album. If you have an hour and a half to fill, this is a good one to listen to, but I hope you’ve listened to the rest of the saga first. 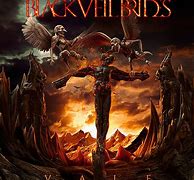 Black Veil Brides: Vale– I’m not that familiar with these guys, and from what I have heard before this, Vale doesn’t blaze any trails. But it sounds great, so I guess if the formula still works, why not stick to it?

Casting Crowns: Only Jesus–Yes, we have another worship band. Casting Crowns, in my opinion, is the best of the worship music genre, and this is great inspirational music. I especially like the song “One Awkward Moment”. 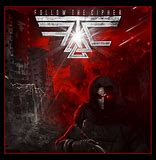 Follow The Cipher: Here’s a new band from Sweden, formed by Ken Kängström, who collaborated with Sabaton, another great Swedish metal band. Their lead vocalist Linda Toni Grahn has an impressive set of pipes, and this is an impressive debut. Check it out if you’re storming a castle.

Mark Knopfler: Down the Road Wherever–I can’t say if I can see Knopfler playing this album with Dire Straits, but I’m all for him doing something different. I’ve always felt that Mark Knopfler is one of the most underappreciated musicians in rock, and this album proves that.

A Perfect Circle: Eat the Elephant–The grotesque album cover lets you know exactly what to expect. This is unquestionably dark, probably the darkest album I listened to this year. I’d never listened to APC, but this made me want to check out more. Especially “Disillusioned”.

Twenty-One Pilots: Trench–How’s this for me being hip? This is a great mix of rap and metal, and it has a great concept too. It weaves the story well, and I might check out their other albums.

Lenny Kravitz: Raise Vibration–Lenny Kravitz has been pushing his message of peace and love for thirty years, longer than any may have expected. This latest project has just as much soul and rock fusion as you’d expect. He’s not changing the formula anytime soon, and I don’t want him to.

Jack White: Boarding House Reach–Whether he’s in one of his supergroups, or in a duo, or by himself, Jack White just rocks. This is his third solo outing, and while it’s not as good as Blunderbuss was, it’s not one to be passed up. 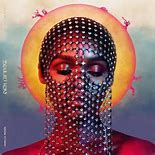 Janelle Monáe: Dirty Computer–This is meant to be a departure from the saga that the previous albums were about. No Cindy Mayweather here, but it’s still a great mix of rock, funk, and soul.

The Decemberists: I’ll Be Your Girl–This latest album has some pretty music with some nice dissonance in the lyrics. The vocals blend well and it’s just a great album to listen to. 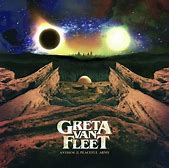 Greta Van Fleet: Anthem of the Peaceful Army–The second of two debuts on this countdown, this one’s gotten a few snobs turning up their noses because it sounds too much like Led Zeppelin. I personally think there’s more to this quartet than who they sound like. There’s some untapped potential, and I see great things ahead here. Don’t listen to the critics and give this a chance.

Seventh Wonder: Tiara–It’s another Scandinavian metal band. This album got a lot of 9’s and 10’s when it came out, so I had to listen and hear for myself. They weren’t lying, it’s a great album. There’s an excellent 3-part suite midway through that will just blow you away. Oh yes, this is great. 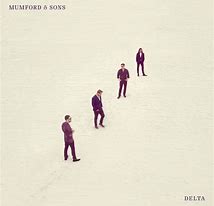 Mumford and Sons: Delta–I don’t see why this band gets so much hate. It’s nice, relaxing music. We need that sometimes. This is just a beautiful album that you can feel as well as hear. 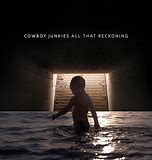 Cowboy Junkies: All That Reckoning–I was NOT expecting this band to comeback, nor was I expecting one this good! I’ve always loved the mix of blues and rock that the Junkies bring to their music, and this one doesn’t disappoint.

The Police: Flexible Strategies (sorry, I couldn’t get the cover for this one) –This isn’t really a new album. It’s actually a collection of B-sides and rarities, in celebration of their 40th anniversary. There’s a great variety in here, and not a bad song on the album. If you like The Police, this is a must-listen. 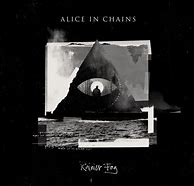 Alice In Chains: Rainier Fog–One of the best grunge bands of the 90’s is still putting out great music, and this came out early in the year, but it never wavered from where I placed it. It’s probably their best album since Jar of Flies.

Judas Priest: Firepower It’s been 50 years, and one of the best metal bands can still rock it out with the best of them. Rob Halford is NOT past his prime at all! I was very impressed with this album. It was another early release, but I couldn’t find anything to top it. Check it out. The Metal Gods will never be conquered.