In 1979, The Cure released their debut Three Imaginary Boys. Although Bauhaus predates them as the first Goth Rock band, The Cure is probably one of the most well-known. This time around, I’m ranking all of The Cure’s studio albums.

(Note: The United States had a different debut, Boys Don’t Cry, which yielded them their first US hit with its title track. The track list for this is mostly the same as their UK debut)

Although Robert Smith would disagree, I find this debut isn’t bad.  There a few tracks that miss the mark, but it’s overall a great start. 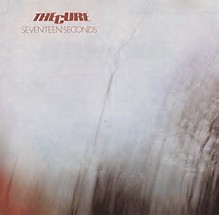 This is The Cure’s first true Goth Rock album, and is still considered one of their strongest. Not bad for an album this early in their run. It totally averts the “Sophomore Slump”, but fame would not be on their side yet.

This album seems like a few steps down despite Robert Smith still showing his strengths as a vocalist. I wasn’t too impressed.

This is the first real dud for the band. It’s mostly forgettable, save for a couple tracks.

Singles: “In Between Days”, “Close to Me”

Founding drummer Lol Tolhurst left before this album, becoming the first founder to leave (although he would return for a brief period later on) This album also marks Porl Thompson’s introduction, turning the band into a quintet. The album sold modestly in the US thanks to its singles.

Best Tracks: “In Between Days”, “Six Different Ways”, “Close To Me”

This was The Cure’s first true breakthrough, with three big hits. It started a big wave that would continue for two more albums.

By far The Cure’s best album, and one of their most somber. Thompson returned and Roger O’ Donnell also provides some great instrumentation. It may be all gloom and doom, but it’s so relaxing at the same time.

Best Tracks: “Pictures of You”, “Love Song”, “Fascination Street”, “The Same Deep Water As You”

This is Thompson’s departure from the band. It’s somewhat brighter than Disintegration, and seems more like a return to Kiss Me, but it’s still dark enough to not be a complete departure from what you’d expect. 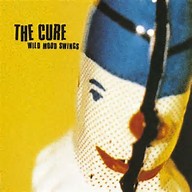 After three great albums in a row, it seems a surprise that the Cure started to dip slightly. I thought this was OK, but not great.

Best Tracks: “The 13th”, “Strange Attraction”, “Round and Round” 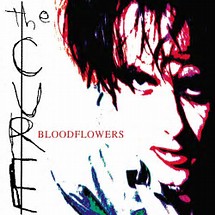 Robert Smith considers this the final part of his “trilogy” of the band’s best albums, along with Pornography and Disintegration. It’s in my opinion their last great album and a great return to form.

Best Tracks: “Maybe Someday”, “The Last Day of Summer”, “There Is No If”

Singles: “The Only One”, “Taking Off”

This was the first of two albums The Cure did with Geffen Records, and it’s not a good start. I feel like the band is beginning to run out of steam. Good thing they only did one more album.

If this is indeed the band’s last album, it’s a bad one to go out on.  It’s way too upbeat for a Cure album.

Best Tracks: “The Only One”, “Freak Show”