It was 1976. Disco was beginning to wane. It was time for Rock to return. And one band that helped user it back in was Foreigner. This time, Jason’s Jukebox looks back at the career of one of the greatest arena rock bands of the late 70’s and 80’s, Foreigner!

Mick Jones formed the band in 1976, naming them Foreigner because there were members from both the US and England. Throughout the late 70’s and the 80’s, Foreigner did pretty well. These days, they’re still around, but they just tour.

Singles: “Feels Like the First Time”, “Cold As Ice”

A very good start, with two big hits. The best track for me is “Starrider”, featuring some great guitar work, and one of those rare times Mick Jones sang lead instead of Gramm.

Best tracks: “Feels Like The First Time”, “Starrider”, “Cold As Ice”, “Headknocker”, “Fool For You Anyway”

Now we come to one of those rare things–the sophomore album that avoids the sophomore slump. Foreigner hit their peak with this album and it’s still one of the best albums I’ve ever heard.

Best Tracks: “Hot Blooded”, “Back Where You Belong”, “Love Has Taken Its Toll”, “Double Vision” 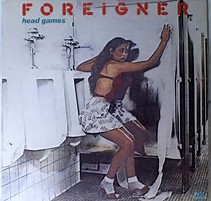 The band got its first roster change with Rick Wills replacing founding bassist Ed Gagliande, and two other founders Ian McDonald and Al Greewood, leaving after its release. The album itself isn’t bad at all, even with the shakeup. 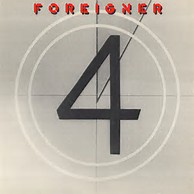 Singles: “Urgent”, “Waiting For A Girl Like You”, “Jukebox Hero”

Thomas Dolby (yes that Thomas Dolby) was a temporary member for the sessions for this album. This album also has the band’s first ballad, “Waiting For a Girl Like You”, which would eventually lead to a shift in tone in the next two albums.

Best Tracks: “Jukebox Hero”, “Waiting For a Girl Like You”, “Woman In Black”, “Break It Up”

Singles: “I Want to Know What Love Is”, “That Was Yesterday”

This album contains that big hit everyone loves to mock, which went to #1. (Ironically, the mocking has caused Foreigner to distance themselves from it.) I don’t care, I think it’s still a great song.

Best Tracks: “That Was Yesterday”, “Growing Up the Hardway”, “Stranger In My Own House”, “I Want To Know What Love Is”

Singles: “I Don’t Want to Live Without You”, “Say You Will”

This album is meh. Yeah, it sold well, even hitting Platinum. But it just doesn’t measure up to the predecessors. The core lineup of Gramm, Jones, Wills, and Elliot left after this album was released–bad sign for the next one!

Single: “Low Down and Dirty”

Johnny Edwards became the new lead singer for this album, and it’s a good thing this is his only album, because he’s not nearly as good as Gramm was. This album was a flop, plain and simple.

Best Tracks: “Low Down and Dirty”, “Moment of Truth”

For the reunion of Mick and Lou, I really expected better. This was it for them, and it feels like this should have been the finale.

Kelly Hansen became the final lead singer here, and this album became the finale for the band as far as albums go. While Kelly is not as terrible a replacement as Johnny Edwards, he’s not great.

Be here in December, when I close out 2017 with a look at the career of the goth rock giants, The Cure.