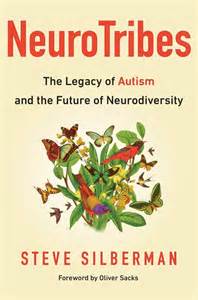 I recently read Neurotribes by Steve Silberman. In my opinion, it is one of the best books about autism you will ever read. It tells the history of the research of autism, beginning in the 1940’s with Leo Kanner and Hans Asperger (where we get the “Asperger’s Syndrome”).

The book starts with two historical cases of autistic geniuses, Henry Cavendish (the “wizard of Clapham Common”) and Paul Dirac, who is famous for the “Dirac equation” and an early quantum physicist.

Autism’s earliest researchers were Leo Kanner and Hans Asperger. Both had differing views on the condition. Leo Kanner is the man who actually coined the term autism. He viewed it as a disease, caused by “bad parenting”. His model persists to this day and is sadly adopted even by Autism $peaks. It should be noted that he only focused on early childhood and overlooked differences in the children he studied.

Hans Asperger was different. He studied autistic children in Nazi Germany. Unlike Kanner, Asperger saw it as a positive, saying it was essential to creativity. He called his subjects “little professors” because of their wealth of knowledge. He risked his life to protect them from the Nazism ideal of “perfection”, as mentally disabled people were often sent to the camps, just like the Jews and everybody else who didn’t fit the mold of Hitler’s “dream.”

Because of Kanner, even before Autism $peaks popularized the “cure” mentality, people concocted various methods to “treat” autism, many of which were more harmful than helpful. For instance, Lauretta Bender attempted to use ECT and LSD. In fact, the “puzzle piece” logo that Autism $peaks is famous for actually predates the organization.

The book’s core is a positive approach to researching autism. Like Asperger, Silberman sees autism as a strength, essential to society’s growth. Silberman does not believe in a cure and only presents the negative approach as a means of comparison.

I cannot recommend this book enough. I agree with Silberman that we must move past the “cure” model. Let’s move past “awareness” and phony research based on phony claims. Let’s really help autistic people.