They travel in the time of the prophets
On a desert highway straight to the heart of the sun
Like lovers and heroes, and the restless part of everyone
We’re only at home when we’re on the run
On the run

Last month, I posted my rankings of the first Rush albums. This post will continue Rush’s history, beginning with Power Windows and ending with their most recent studio album, Clockwork Angels.

Like its predecessor Grace Under Pressure, Power Windows is meant to be a concept album, with all its songs centered on power.  The album almost feels like Rush is trying to emulate The Police, but that’s not a bad thing. The keyboards work well and there’s still Geddy Lee’s best bass work. This is considered one of Rush’s best 80’s albums. 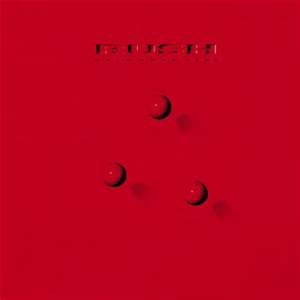 Hold Your Fire is kind of middle of the road for me. Of the 80’s albums, this was the least successful. I don’t hate the album, it just feels off. And the album cover is so boring.

Fun Facts: Aimee Mann of Til Tuesday fame contributed guest vocals on “Time Stand Still” and “Open Secrets.” Also, originally, Rush was going to use this cover below. I think since Rush seemed to enjoy visual puns for its 80’s albums, they should’ve gone with it.

This album was probably about the most “mainstream” Rush ever got in the 80’s. The keyboards aren’t as prevalent here, instead it’s more balanced, indicating that Rush is beginning to evolve their sound once more. It’s one of their best albums and I had a hard time picking favorite tracks.

Fun Fact: “Anagram” is exactly what it sounds like. Every line has a hidden anagram.

Roll the Bones feels like Rush is trying to prove they’re still relevant and following trends rather than sticking to what works. Considering what would happen to the music industry in the 90’s, this was probably a good idea. Rush hung back and decided to see what was coming. The title track is a rap, and many fans seem to dismiss it. Personally, I think it would’ve been a better song if Rush had taken a cue from REM or Sonic Youth and had an actual rapper do the rap. This is actually a concept album, with all the songs centering on chance or luck. Even the title ties into the theme, as “bones” is slang for dice. Overall, I think this album is underrated.

Singles: “Stick It Out”, “Nobody’s Hero”

This album marks Rush’s third phase, with Rush now modernizing their sound. Gone were the keyboards that were prevalent in their 80’s albums, and instead Rush adopted an edgier sound, reacting to the grunge scene that had become more prevalent thanks to Nirvana’s Nevermind album. The gamble paid off, and the album made it all the way to #2, right behind Pearl Jam’s “Ten”. 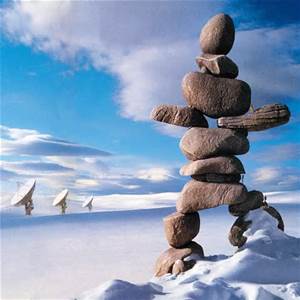 Single: “Half the World”

From an excellent album all the way to one of the worst. What happened? This album lacks punch and feels weak overall. Where was the new sound? And why did they sample “Monster Mash” on “Limbo”?

Best tracks: “Half the World”, “Carve Away the Stone”

Tragedy hit Neal Peart hard in the time between this album and Test For Echo. Both his wife and daughter had died, and he was ready to quit the band altogether. Fearing the worst, Geddy Lee released his only solo album, My Favorite Headache. It seemed as though Rush really was through. But then this album came out and proved everyone wrong. Rush had entered the new millennium with a vengeance. Note: This album was eventually remixed. I suggest you listen to the remix album instead, as the original has too much distortion.

Best Tracks: “One Little Victory”, “Ghost Rider”, “Freeze” “Out of the Cradle”

Fun Fact: “Freeze” is the conclusion to the “Fear” tetralogy.

Feedback celebrated Rush’s 30th anniversary and is a cover album, with Rush covering several of their influences, from the Yardbirds to Buffalo Springfield. Overall, it’s an interesting album and has some great covers. The only one that doesn’t really work is “Summertime Blues”. Without the authority figure’s voice, the teenager rebelling seems to be whining for no reason.

Best tracks: “Heart Full of Soul” (Yardbirds), “The Seeker” (The Who), “Crossroads” (Cream)

Well, we waited  three years for new material from Rush and then we get this, Rush’s worst album since Caress of Steel. It’s a weak album overall, and only two songs warrant listening.

Fun Fact: This is the only Rush studio album with more than one instrumental track. In fact, there are three: “The Main Monkey Business”, “Hope”, and “Malignant Narcissism”.

This is an excellent album, and it was worth the five-year wait. Of the four concept albums Rush has recorded, this is my favorite, with an intricate story of opposition to authoritarianism in a steampunk universe (hence the “clockwork” in the title). It’s Rush’s best album in a long time. There’s a novel based on the album by Kevin J. Anderson, who’s also written novels for Dune and Star Wars, as well as original works. While it’s not necessary to read the book to understand the album, I’d still recommend reading it, if only because Anderson is a good writer.

Rush finally got the acclaim that had eluded them in 2013, with an induction into the Rock Hall. In 2014, they finally got on the cover of Rolling Stone, showing how out of touch that magazine has been in the past few years. Their current 40th anniversary tour is now on CD, with a DVD concert. They are still one of the best progressive rock bands in history.

Here’s my ranking of the second half of Rush’s discography:

That’s my final Jason’s Jukebox for 2015. Next year, I have some more great artists lined up. I’ll start in February with the Black Crowes.